Thunderstorms on Saturday 6 December including a heavy rain event produced significant rainfall totals across parts of the New South Wales Coast. Due to a number of storm chases being undertaken at the time, I had little time to download some rainfall plots. However, the following rainfall totals from the Saturday event should be documented in this post to ensure there is some record of what occurred.

By far, the heaviest falls fell on the New South Wales South Coast.

Another rain event including storms and general heavy rain pushed up rainfall totals across Sydney to significant levels including:-

Some of the big totals came from storm events. I chased with Jimmy on this day which saw us eventually drive to Wellington - Central West New South where we intercepted one of these storm / rain events and drove back to Sydney with it. Driving back at times was difficult due to the heavy rain. The rain was particularly heavy south of Wellington, east of Orange and again crossing the Blue Mountains and at times some great lightning strikes were observed especially the one we saw at Bathurst and Lithgow. That saw us to forego dinner and continue to Lithgow and eventually back to Richmond.

I just want to thank Jimmy for assisting with the driving as that was helpful. The level of rain encountered was tiring and draining which made me tired requiring a break. I also wish to thank Jimmy for the great pizza at Richmond.

I noted the lightning and strobing effect waned once the evening rain band reached the lower Blue Mountains. It seemed to cross Sydney as a rain band.

I will document the actual storm chase below so the chase is not confused with this part of the post. 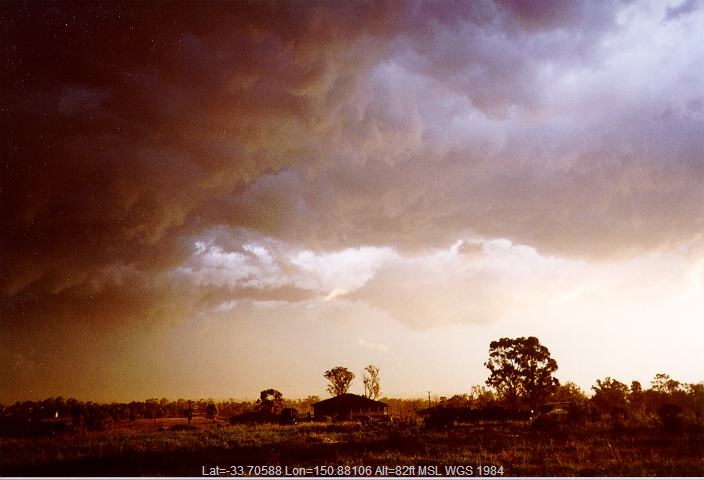