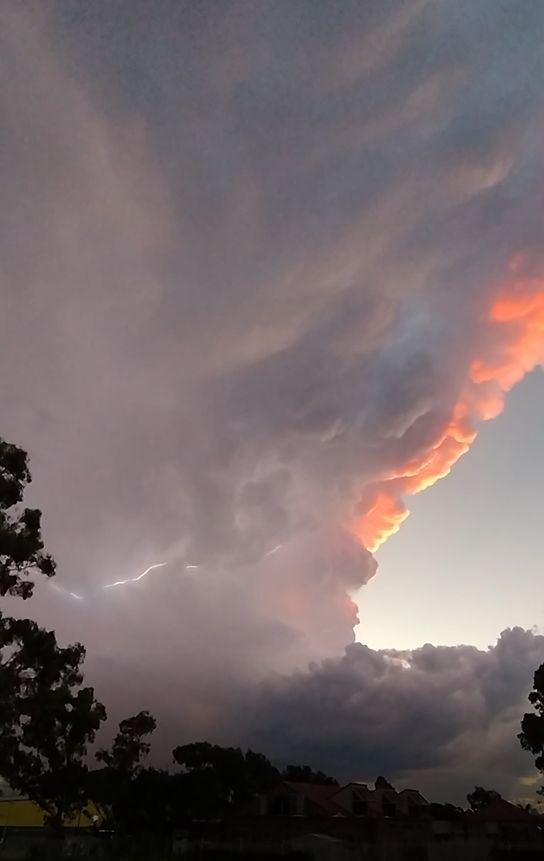 The images shown are from the most recent bout of thunderstorms that impacted Western Sydney and parts of Eastern New South Wales Saturday afternoon and evening. A number of these storms became severe and warnings issued.

Storms impacted areas such as Bombala on the far South Coast of New South Wales where there were reports of a tornado, at Wollongong where another storm resulted in damage and Western Sydney especially during the evening period.

Late afternoon, two storm cells formed across Sydney's north and tracked across Castle Hill and Hornsby areas while during the evening a third thunderstorm cell developed at sunset that produced a spectacular contrast with the cumulonimbus cloud lit by the setting sun. While storms produced brief but heavy showers, rainfall totals overall were generally light across Sydney with only 5.4 mm falling at Hornsby and 5 mm at Windsor.

The stronger storms would have featured hail.

Across other areas of the state, major thunderstorms impacted Bodalla where 49 mm fell and Eurobodalla where 34 mm fell. Both locations are south of Moruya on the New South Wales South Coast.

On the Mid North Coast of New South Wales, a separate storm dropped 82 mm at Meldrum and 51 mm at Point Lookout. The storms have occurred at the end of a turbulent few days where residents are still cleaning up storm damage from other recent events. In particular, the storm of Friday night at Albury caused significant flood damage to several homes in a new housing estate at Thurgoona. Rather than the chase the Saturday storm, I took photos from a vantage point. I wanted to catch the cloud tower against the setting sun to obtain the colorations which I would have missed had I been driving. Also, I wanted to obtain some lightning images. I did not observe any cloud to ground strikes but did observe numerous intra cloud flashes which illuminated the cloud tower. 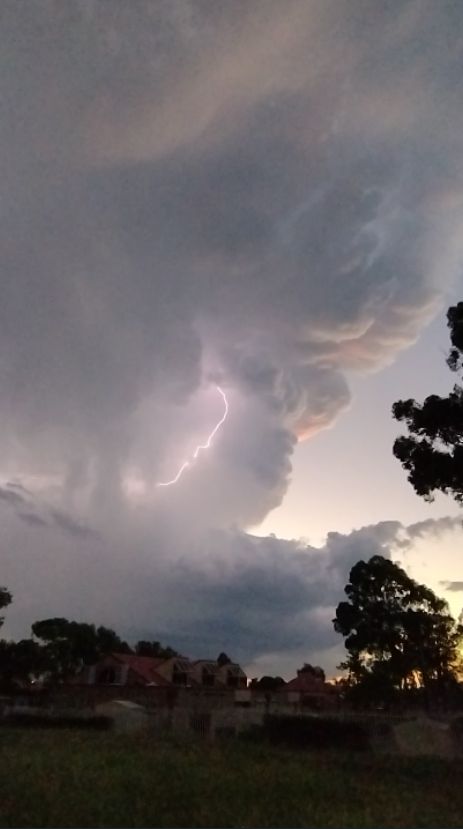 It is noted that the storm shown went into rapid decline after dark. 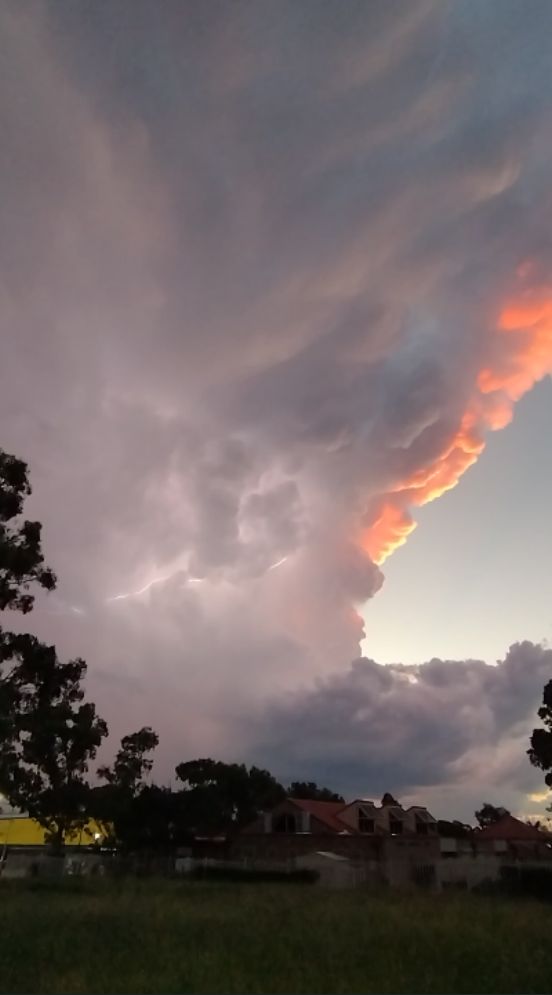