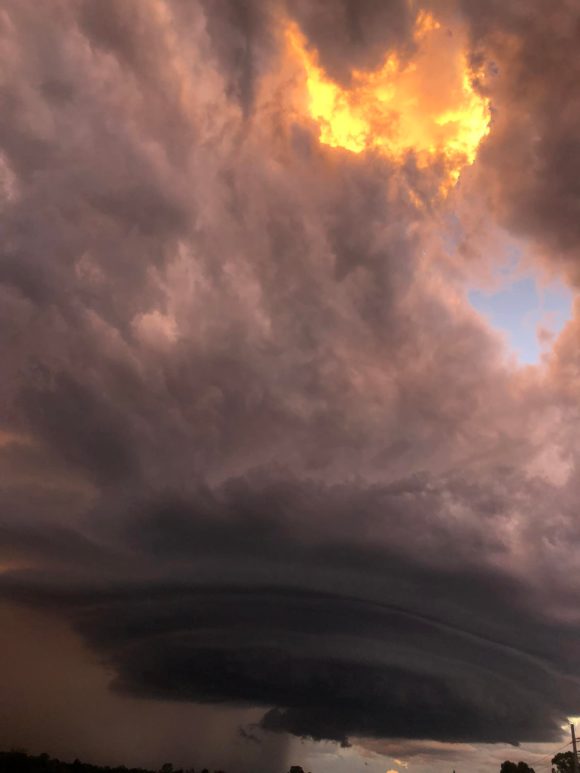 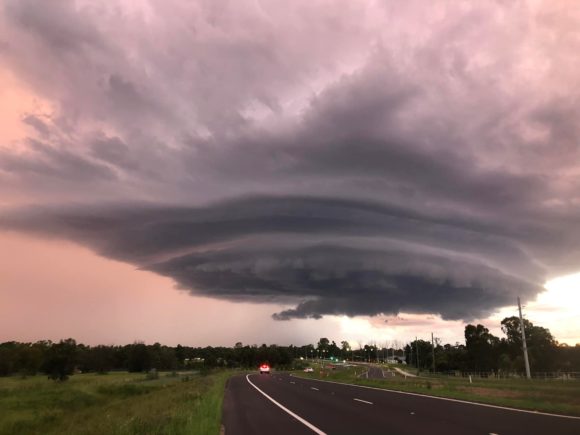 A beautiful supercell thunderstorm occurred during the evening of 15th January 2022. It dumped giant hailstones in the open countryside. As you can see from the rounded nature, the storm was rotating clockwise looking from the top down. Some beautiful lightning occurred with this storm - one lightning absolutely hit nearby at the height of the storm. Strong winds also accompanied this storm.

Whilst ont eh way home, I noticed a persistent cluster of storms with multiple towers. As I approached Penrith, I noticed the a lowering that seemed to try connecting to the base. The storm began to organise rapidly and a wall cloud formed. There was a nice inflow tail feeding in as well. The storm now a supercell was utlising the untapped energy (CAPE) in areas that had not observed storm activity. Perhaps an outflow boundary or two causing a double or triple point.

The storm was visually rounded and clearly can be observed to rotate on video. The base was beautifully striated and the rain wrapping around the back. I time-lapsed the supercell until I heard a thump! A very large hail splattered near the tripod! I can hear the occasional hailstone hit the roof of sheds in the rural countryside along the Northern Road.

As the storm merged closer, the hailstones began to fall prefusely immediately catching vehicles off guard and with no trees or shelter around vehicles sustained damage! Hailstones to size of 6cm or so pounded the vehicles testing the threshold of the windscreens! Then bang! A flang! A cloud to ground lightning with immediate thunder inside the core shock me! Winds began to hammer the vehicle from the southwest as the winds changed to strong westerly. It seems a rear inflow or bowing behaviour was occurring - the bowing confirmed on radar in the next scan. This eventually undercut and the storm weakened. 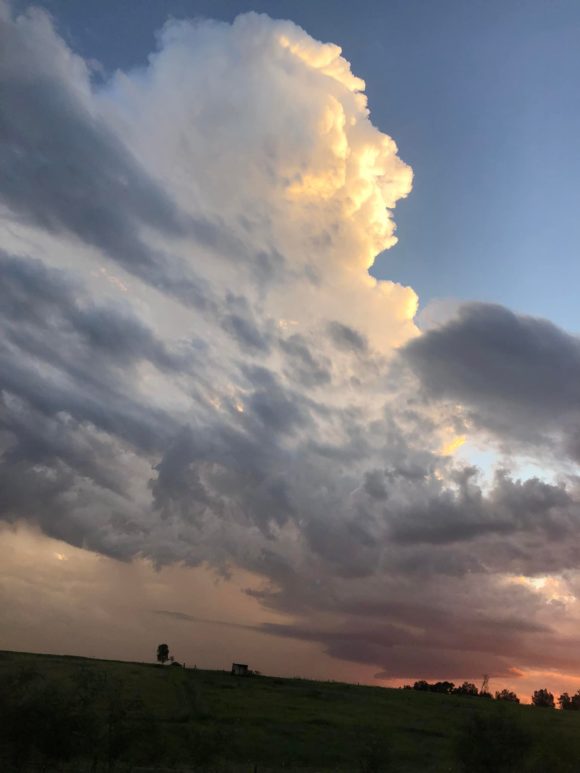