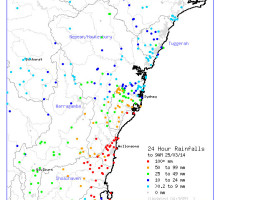 A rain event has been picked up by the models for Monday. This rainfall event if it does eventuate will be quite substantial with rainfall totals of the order of 100mm or more in Sydney and the surrounding districts. With a combination of a low pressure system, a cold pool upper trough approaching aloft and surface moisture, this could be concentrated on this Sydney region. This event needs to be monitored closely! 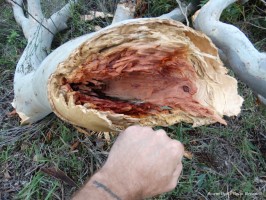 Raced up the putty road,with a fast line of storms approaching from the west,could see the cell behind me that jimmy,Harley and Michael Keene  were onto but the change had caught up with me,so I checked radar and knew I had to push it to the dungog region,the storm wasn't photogenic  at all,got to the valley just before dungog location allyn river / east crestford  came around the bend and knew I wasn't going to make it past the core,then it hit,within seconds the was a massive tree down across both lanes, quickly got the car around to find a safer location because it was snapping large healthy trees like match sticks with the winds gusting easy 100 Klm plus,the intenity of the core lasted for several minutes,there were trees down every where,helped some locals move quite a few.Off the roads,houses were damaged and lots of fencing to,spoke to some locals and they said they have never seen a storm with winds so strong come through like that before,I have an awesome video of this event on my Facebook page storm optix,cheers colin 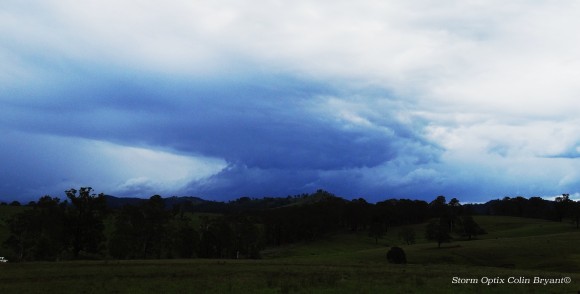 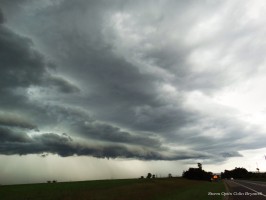 For a day we didn't think anything would happen going by the models it proved us wrong,glad I went out and had a look at the sky about 3pm ,waited below the blue mountains for a while ,then all of a sudden boom,checked radar this  cell was  building  so I races east to marsden park to set up position and scored nice,punched the core through Riverstone  experiencing  gale force winds and terrential rain and lots of debris,......COLIN 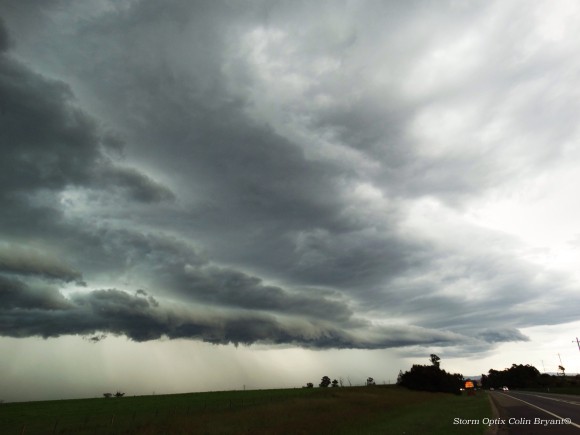 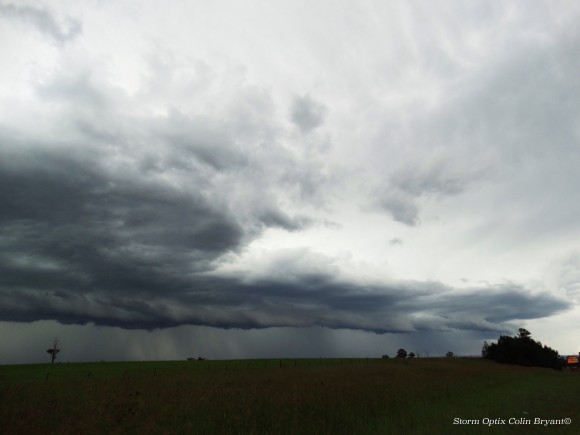 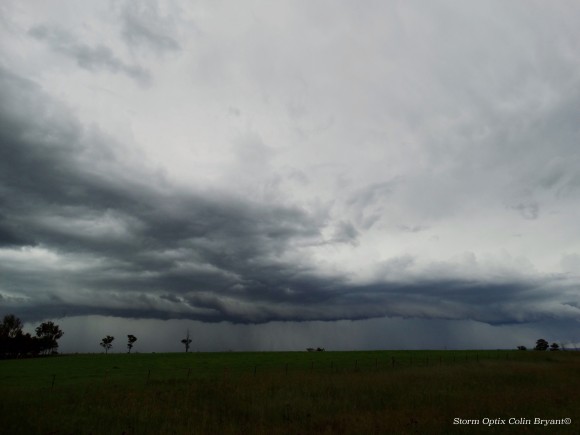 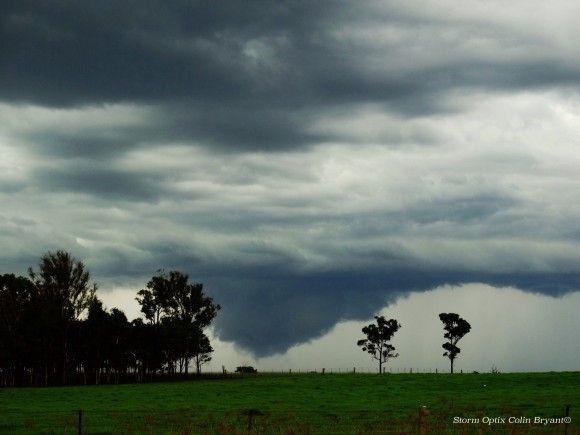