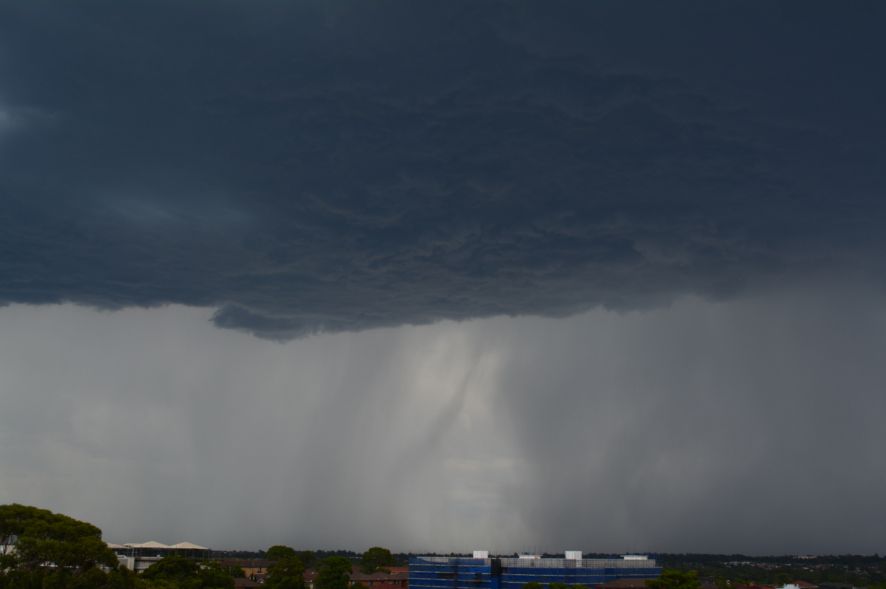 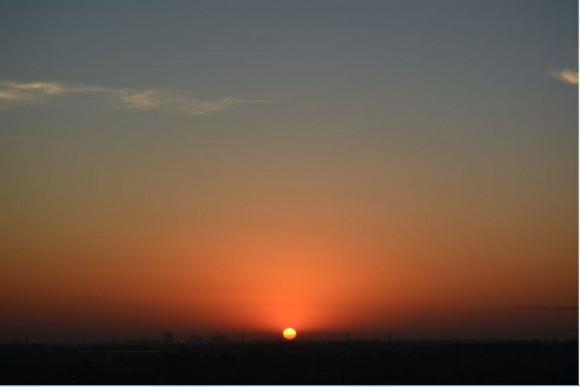 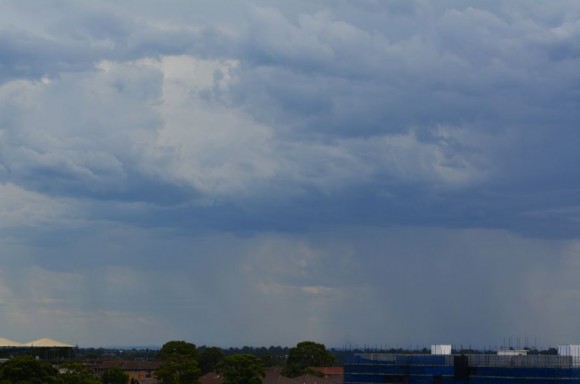 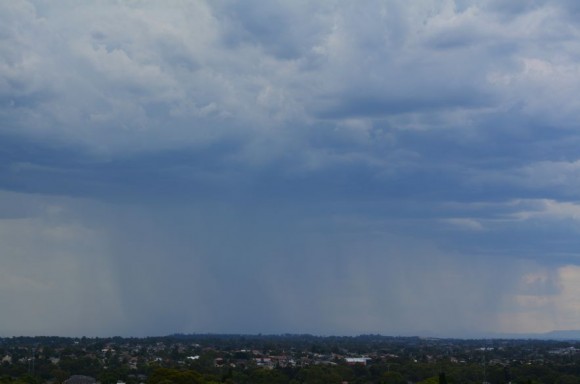 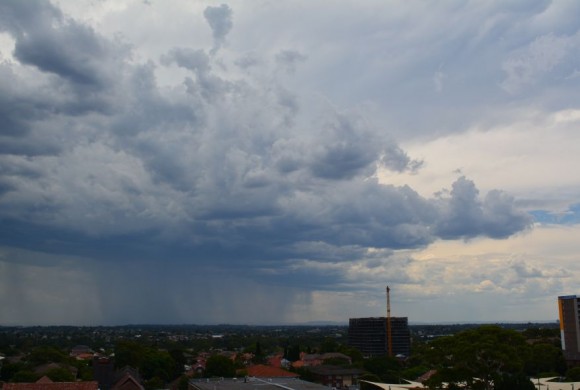 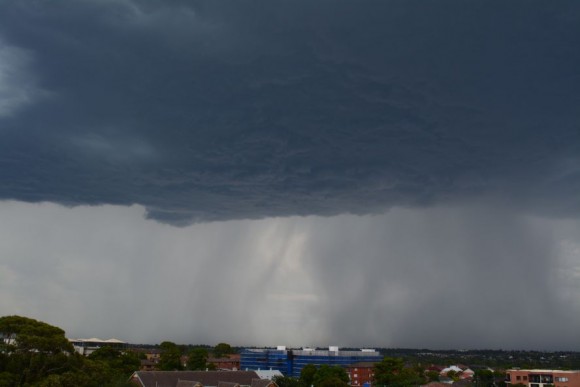 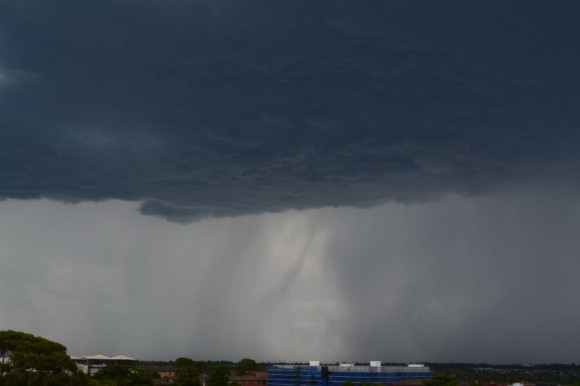 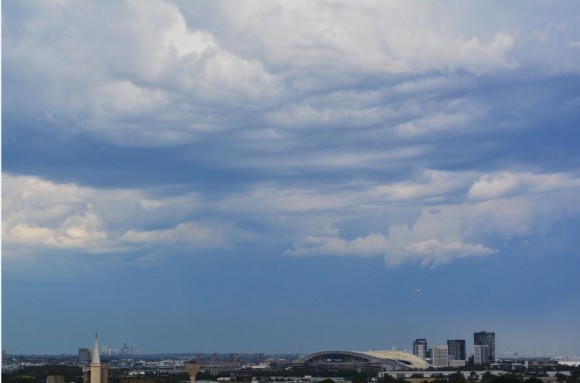 As seen in photo 1 taken at approximately 5.58 am Thursday morning, the day across Sydney commenced with a near perfect sunrise with no cloud to obscure the horizon. Some smoke haze is evident from distant bush fires.

This was a day that heralded a number of extreme weather events to occur across the city.

Between the period 12 noon, and 2.00 pm, the following maximum temperatures were reached:-

There is also a reading of 40C at Prospect (Blacktown).

Generally, maximum temperatures of 38C to 40C were widespread across Sydney during this time although it was brief.

At first, the storms did not exhibit significant structure and bases were high but given the lack of storms of late and the high temperatures being experienced, it was something different.

One particular cell passed to the south of Auburn and a rain free base developed as seen in photos 5 and 6. The base was solid and rather dark and curtains of rain were visible to the south. A number of cloud to ground lightning strikes were observed and hence I could not stay on the car park roof for long.

The storms that passed through caused damage in localised areas such as Mt Druitt, parts of Blacktown, Bankstown and other localities directly in their path. Unfortunately, there was also one fatality at Emu Plains due to a tree falling on a car. Principal damage include fallen trees, lightning strikes on power infrastructure and a building fire. SES crews have responded to a large number of jobs with repairs still ongoing.

When reviewing Australian Weather News (National Daily Weather Summary), the following wind gusts appear to have been observed across Sydney during the passage of the storms.

The gust at Port Botany AWS (Prince of Wales Drive) appears to be the highest wind gust across Australia for the day from an automatic weather station.

It is clear that damaging wind gusts occurred from the storms as they passed through.

The storms did produce some heavy rainfall such as 15.8 mm at Bankstown Airport AWS in the 1 hour to 3.30 pm.

Storms also affected areas further north including the Hunter Valley. In one extreme case, 9.4 mm of rain fell at Williamtown RAAF in 5 minutes which gives a reading of 112.8 mm / hour for a downpour.

A southerly change followed the storms and while further weaker storms formed near Prospect, they were not as intense as the first band.

Following the cool change, low cloud enveloped the sky and overnight / early morning of the 15/1/2016, a rain band passed over Sydney. Some of the rainfall totals were substantial with some areas receiving as much as 50 mm such as 51 mm at Peakhurst Golf Course and 50 mm near Hornsby. With few exceptions, much of Sydney received from 28 mm to 47 mm which is shown on the rainfall plot.

Generally the 14/1/2016 will go down as a day of considerable contrasts in weather in which a clash of weather extremes occurred.

All photos were taken from the Auburn City Council car park roof top throughout the day using a Nikon DSLR 5300 series camera with 18 to 55 mm lens.