November 2021 will go down as being a very active month in terms of rainfall, storms and flooding events across much of South East Australia.

Not only was rainfall above or very much above average for much of New South Wales and indeed for much of Eastern Australia, it was also a month where average maximum daytime temperatures were well below the average for this time of year.

For example in Blacktown where I reside:-

Heavy rain events as shown in the attached photo taken at Doonside was replicated across large areas of the state. A snapshot of 9 centres across New South Wales shows how cool and wet it was.

While nighttime minimum temperatures were generally average to no more than 2C above the long term average, the daytime maximum average temperatures were well down being 2C to 3C below average. There was also a distinct lack of 30C days being recorded right across the state. Some centres that should be receiving 30C days at this time of year such as Albury and Wagga did not record a single 30C day for the month which is unusual.

The cooler days, the higher degree of cloudiness and high rainfall has resulted in numerous rivers being in flood with several flood events still occurring. Several rivers are still in flood for early December with the worst of the flooding occurring within the Central West and northern inland areas of the state. 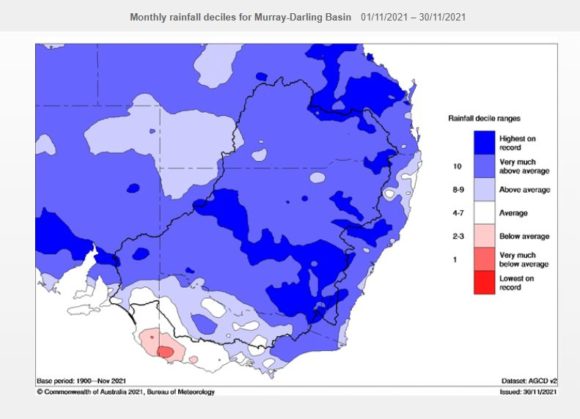 A La Nina event has now been declared (Declared on the 23/11/21) but it is clear the impacts of the climate driver were being felt prior to the declaration being made. It is likely the influence of La Nina will be felt right through the summer of 2021 /2022.

Individual rain events have been covered within previous posts but in the past week, there have been several more significant rain and storm events occurring including those across Eastern Queensland, Southern Victoria including Melbourne and around Griffith in South West New South Wales. Furthermore, storm events occurred across the outer western areas of Sydney during the afternoon of Friday 3 December 2021 in which storms were severe warned for rain, hail and wind. 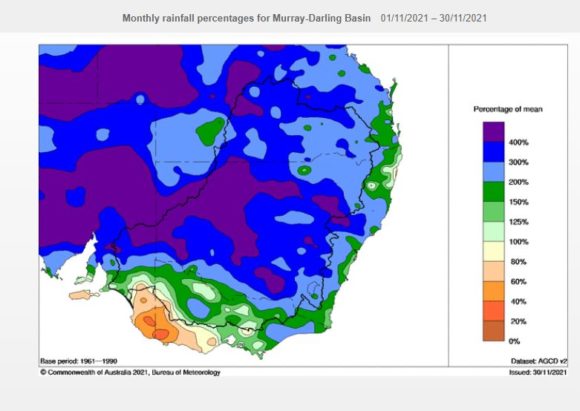 Given the climate drivers in place, this is likely to feature throughout summer. Certainly, the November we have just experienced was exceptional in terms of cool days, the lack of 30C days being recorded, the amount of rain that has fallen and the level of flooding that has resulted. 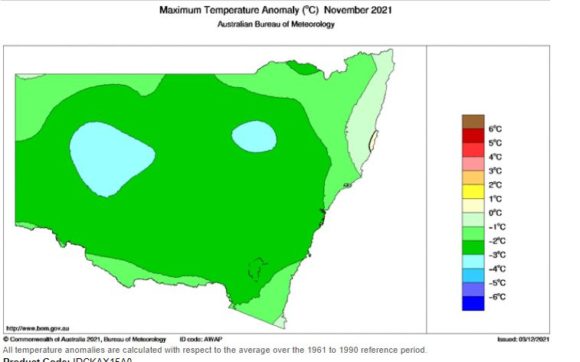 All plots provided have been generated on the “Water and the Land” site Bureau of Meteorology December 3 2021 and includes. 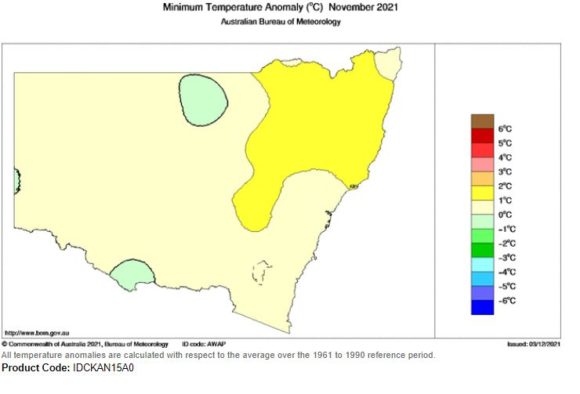 When combined, the reason for the current level of flooding becomes clear.