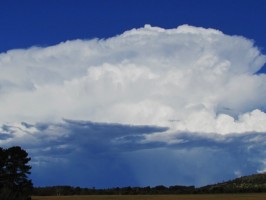 During the course of the afternoon 29 December 2014, I undertook a storm chase across a wide region of South East New South Wales. I concluded that conditions would be marginal for storms but after reviewing weather maps and models, I believed that there was a chance for some activity however I knew that this would include a decent drive and a long afternoon outdoors.

My target region became Braidwood / Bungendore and even the eastern Snowy Mountains. I also knew that another target region could be Bowral later on. I decided to drive to Goulburn for Breakfast, then later south to Braidwood.

Late morning was warm and winds were north westerly but despite the wind direction, large cumulus cloud fields developed and persisted with many clouds growing in size to large cumulus mediocris.

Early afternoon, I drove back towards Bungendore and in the distance, I saw a storm cell towards the Snowy Mountains but I also stopped and watched a small storm cell develop much closer to me within a rural area between Braidwood and Bungendore. With no roads, I stopped to watch it. This became the first storm. While it did not last long, it did me confidence with my forecast given the conditions.

I drove to Bungendore where I watched a storm approach me. It was high based with occasional lightning strikes. At one stage this cell tried to tap whatever moisture it could and tried to produce a shelf cloud but the storm soon fell apart. I let this cell go because it went into decay.

I drove north towards Tarago underneath a weak line of showers. I then drove towards Goulburn where another storm began to intensify. I stopped to photograph it. This cell developed two cores and a reasonable base to my north. I waited for a few moments until the storm was close enough. I drove into it heading towards Goulburn. This was quite intense with some serious rain and high winds even gales but was short lived. I did not observe any hail fall.

I then drove to Marulan following the storm which began to weaken. I had dinner at Marulan, photographed another cell then I was stunned to see a new cell erupt before my eyes north east towards Bowral. I made a strong attempt at catching this one. This cell went off the escarpment at Wollongong but as the title of this post reads, this cell produced a wonderful anvil cloud in the blue sky. This was one of the best anvil cloud I have seen for a while. It was not possible for me to intercept the base due to where it formed but I stopped numerous times to photograph it as close as possible with great results.

I ended my chase at this point but I note that a weather system passed through south east New South Wales during the afternoon. It was narrow but contained isolated storm cells within it. It became clear that driving north with it from Bungendore to Bowral this enabled me to document at least 3 or 4 storm cells within the system. Photos to come. 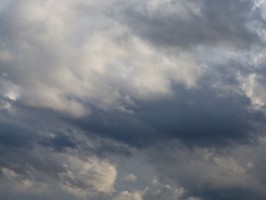 Had a short chase this afternoon with Michael Bath and Rodney Wallbridge where some weak cells were creeping into the Northern Rivers. There was some nice structure at times but didn't really deliver in the severe category. Outflow features were mostly prominent, however due to the high moisture content in the lower atmosphere there was some "interesting" scud formations which made for some nice photography. 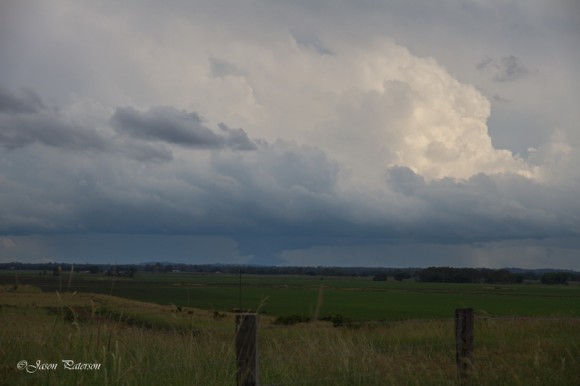 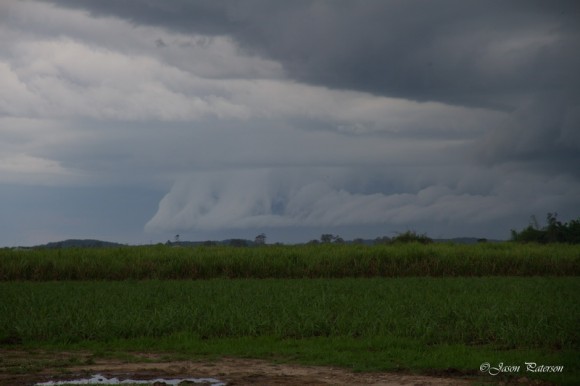 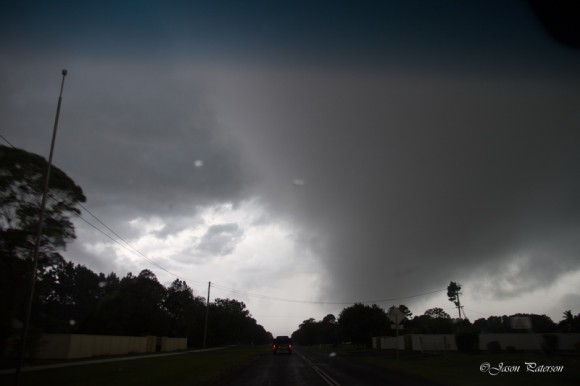 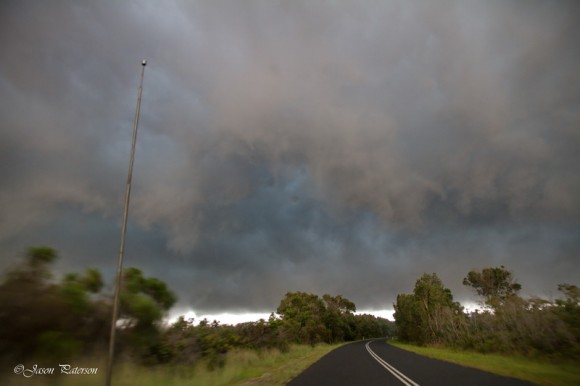 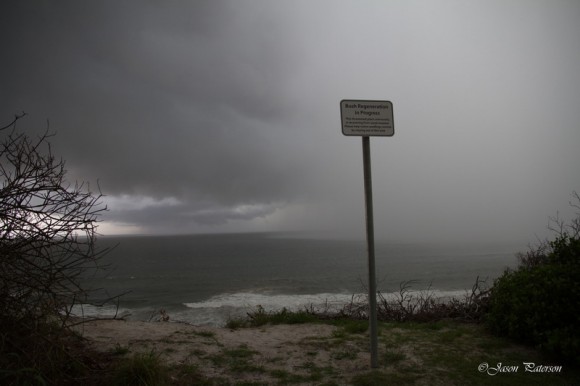 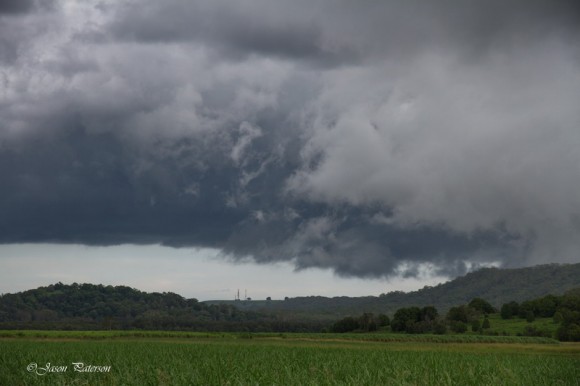 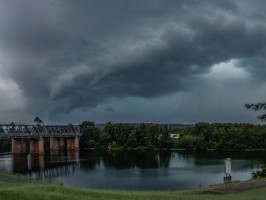 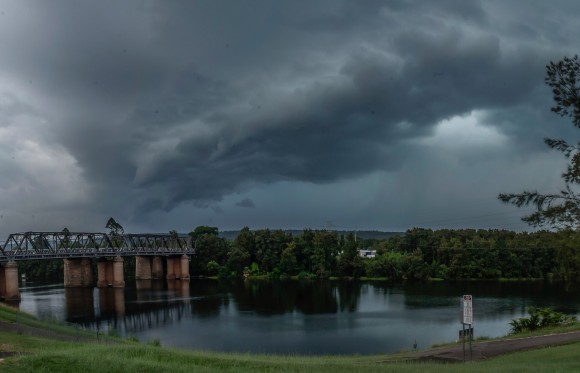 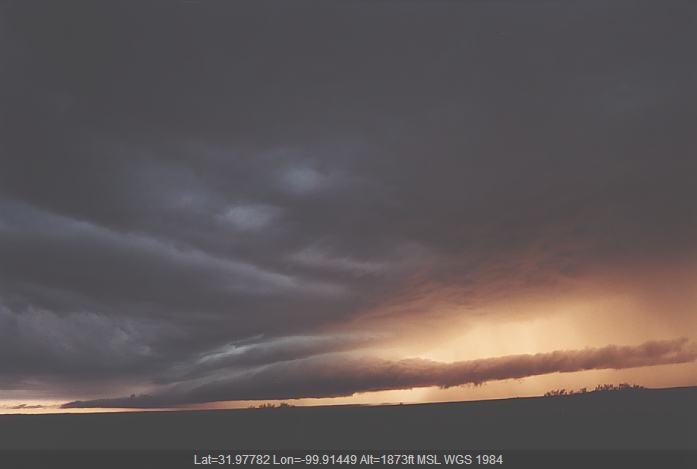