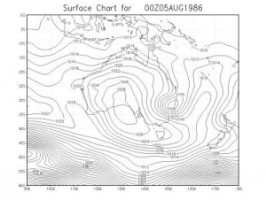 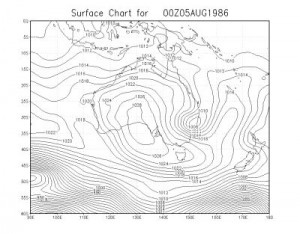 On this day in 1986, Sydney broke its record for a 24 hour period. About 327.8 fell in the city in 24 hours to the 6th August and the western suburbs also received about 254mm of rain which is significant for this region. Parts of Sydney were isolated and many people were not able to get home. Trains were delayed for 5 hours as the Sydney underground tunnels filled with water.

This event was produced by a complex low pressure system. 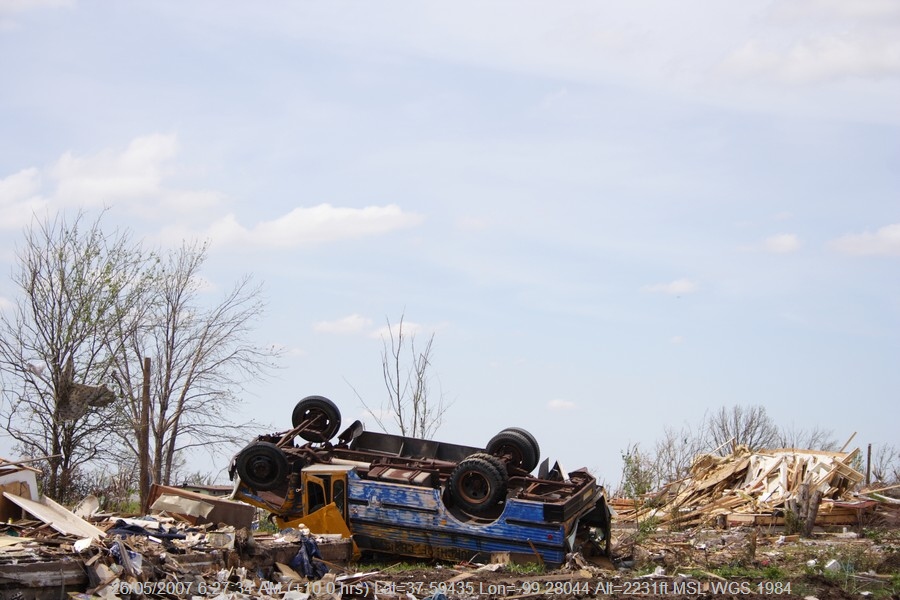